Alabaster is a yielding stone, as stone goes, and its grain is peach-like, smooth, and intimate, so it came to be used for small, relief tablets, such as the Nottingham sculptures of the English tradition, which distill narratives into the confined space of the tablet, much in the same way as a sonnet is both constrained and enhanced by its space of fourteen lines. For an artist who more usually carves in wood life-size figures fully in the round, this self-appointed task was hard: but the alabaster has yielded to her hand with sensitive pliancy, so that the flames enveloping the Four Guardians twist and flicker, the sea ripples around the dragon swallowing his own tail, and the golden waves from which the siren rises are rolling over themselves in sumptuous and sensuous curls.

The compression that such small scale requires from the artist, and the imagery she has drawn on have affinities with the broader tradition of sculptural emblems, heraldic and symbolic, such as are found in semi-concealed places in a sacred precinct: on misericords under the seats in the choirs, on the capitols of pillars, and on bosses high up in the vaults, artists are free to play and extemporise, sometimes profanely, always mysteriously. They take their inspiration from myths and scriptures, bestiaries and proverbs, legends and folklore, with little obeisance to religious orthodoxy or propriety: working in the margins gives the imagination wings. 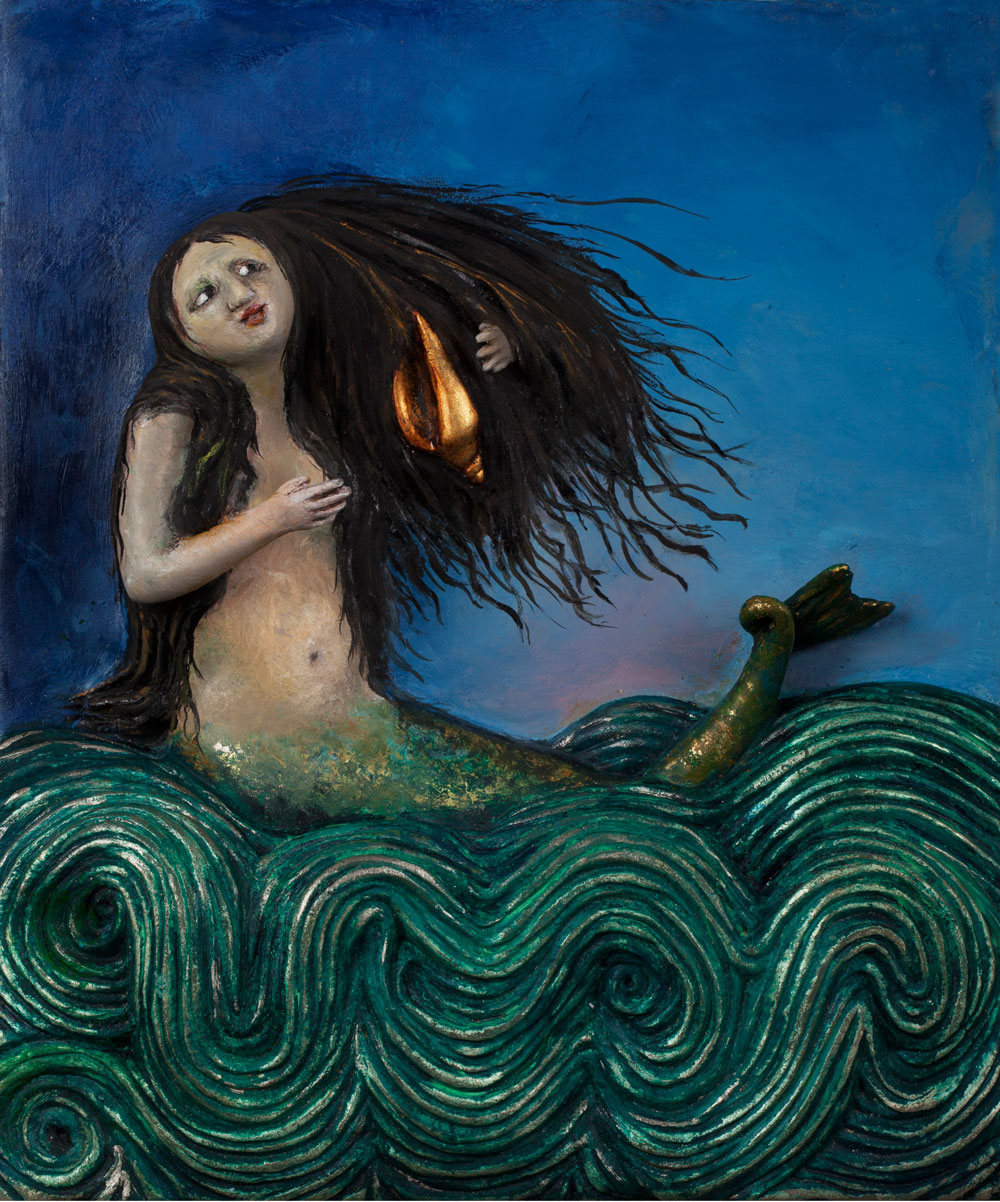 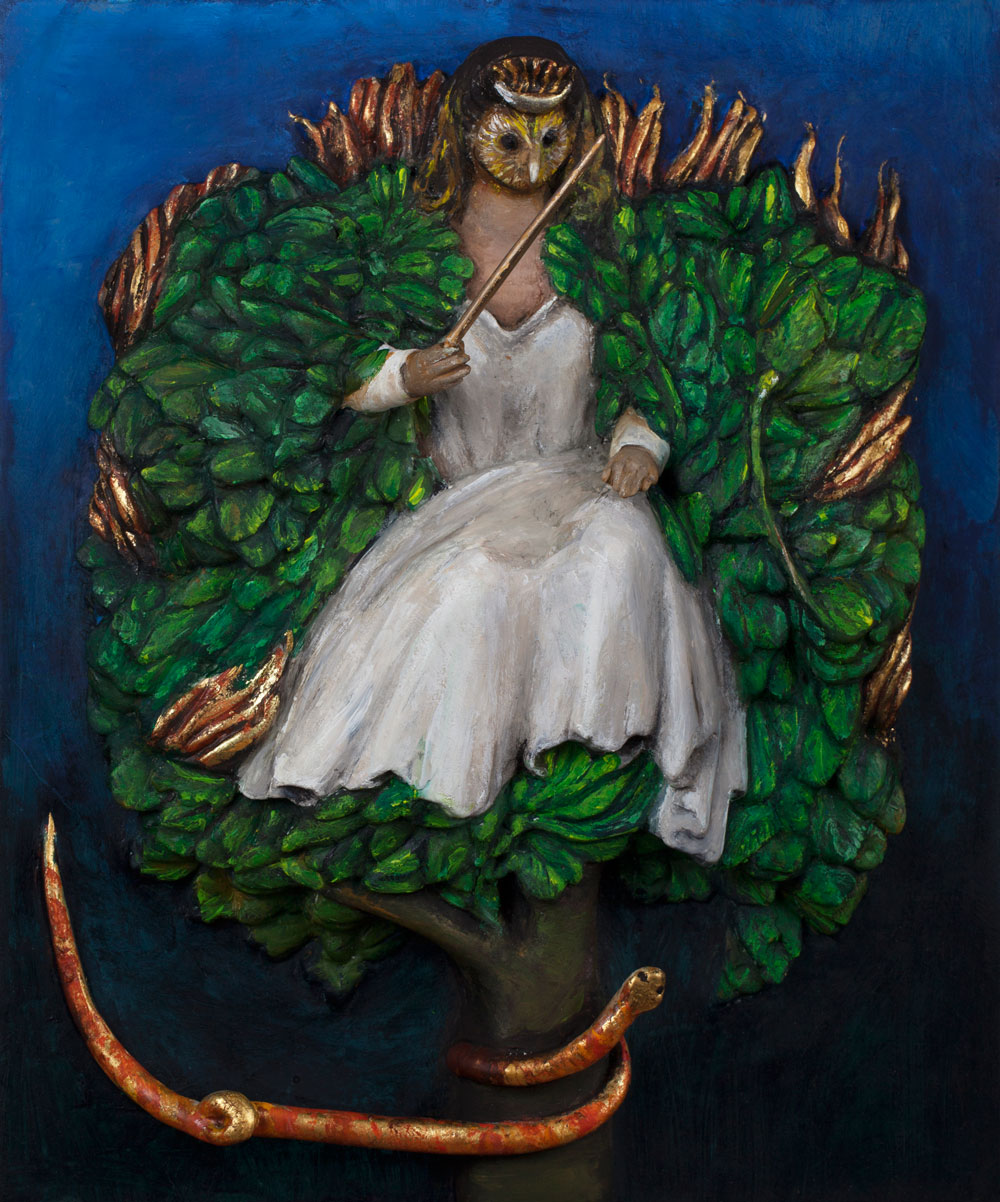 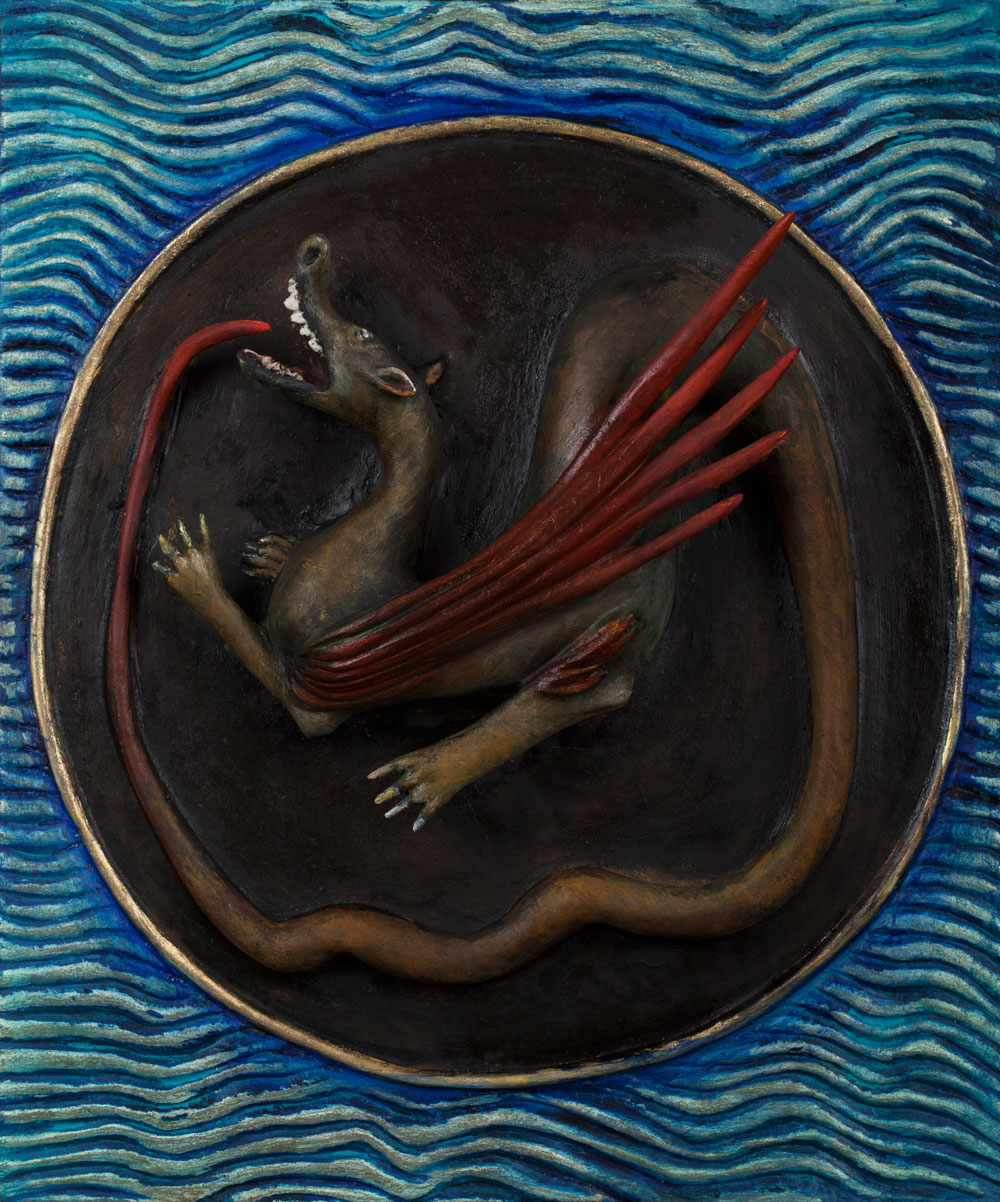 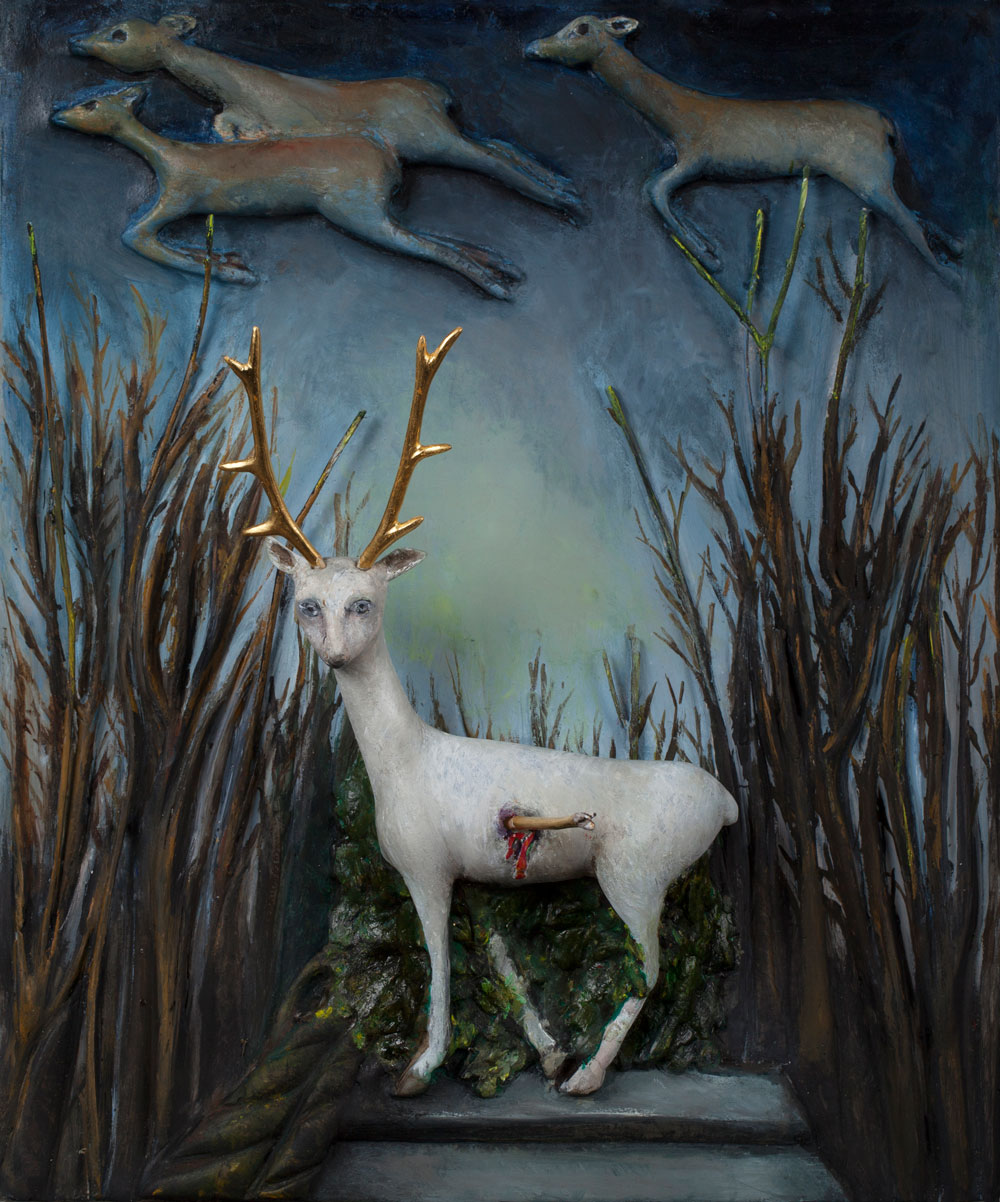 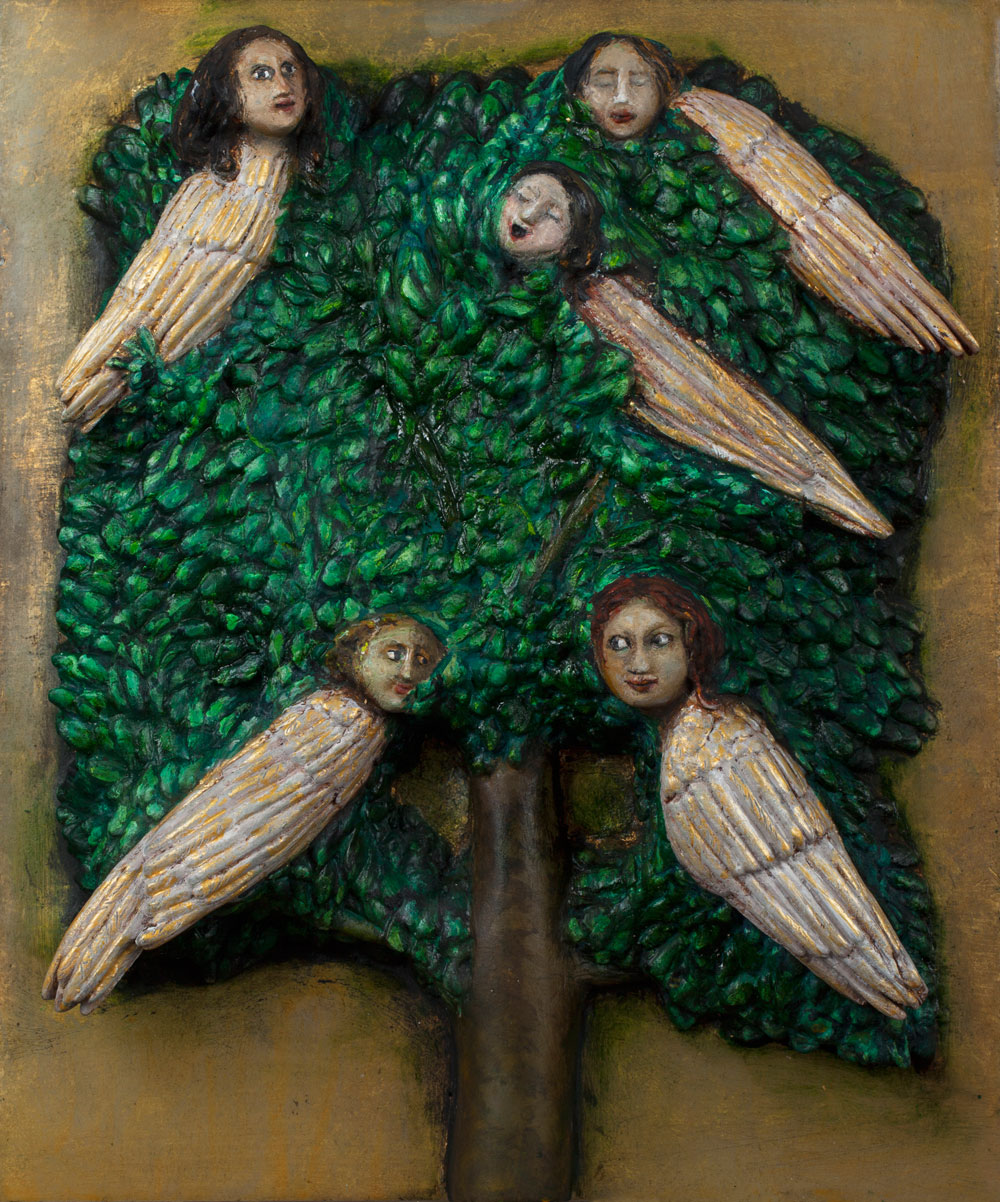 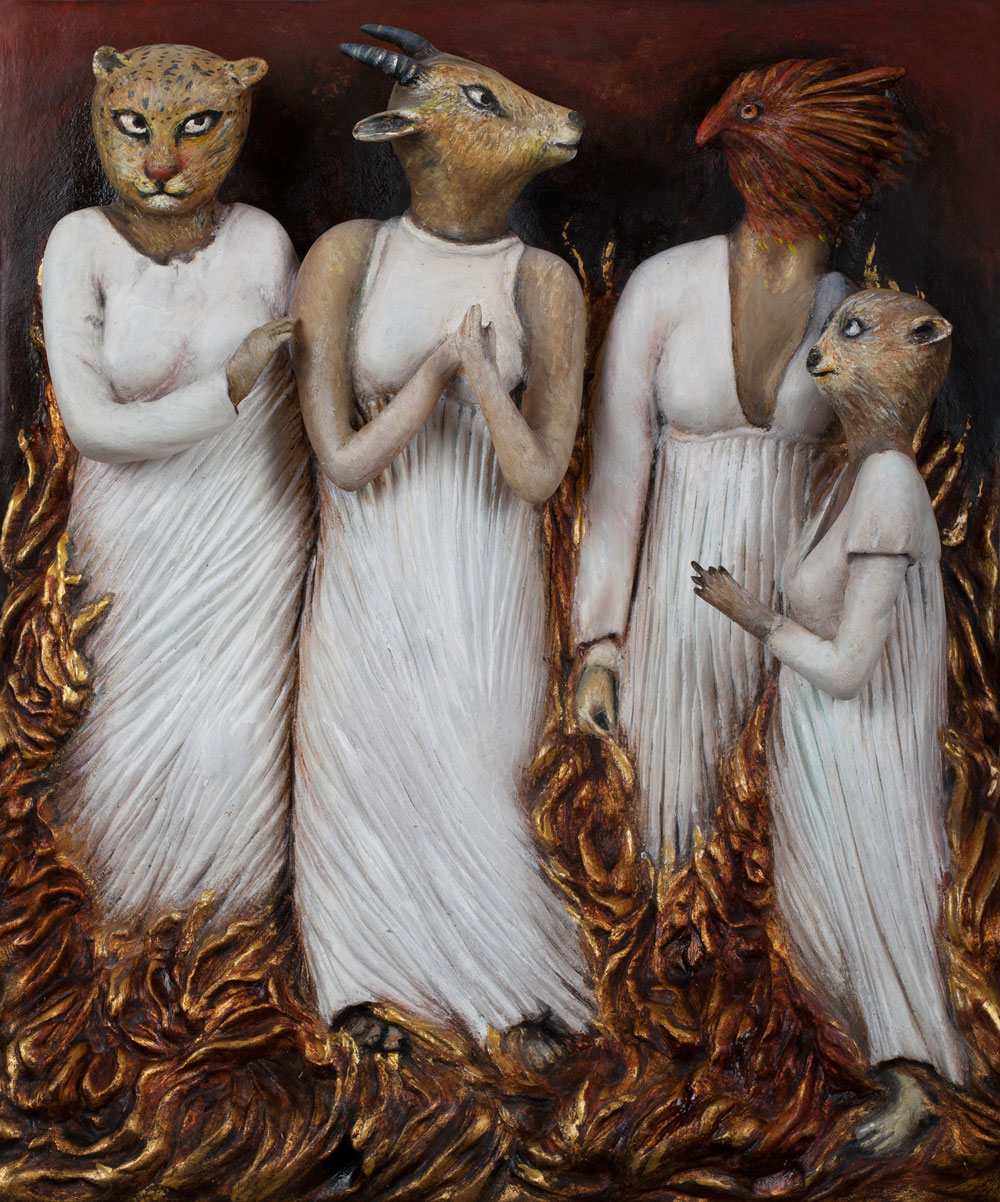 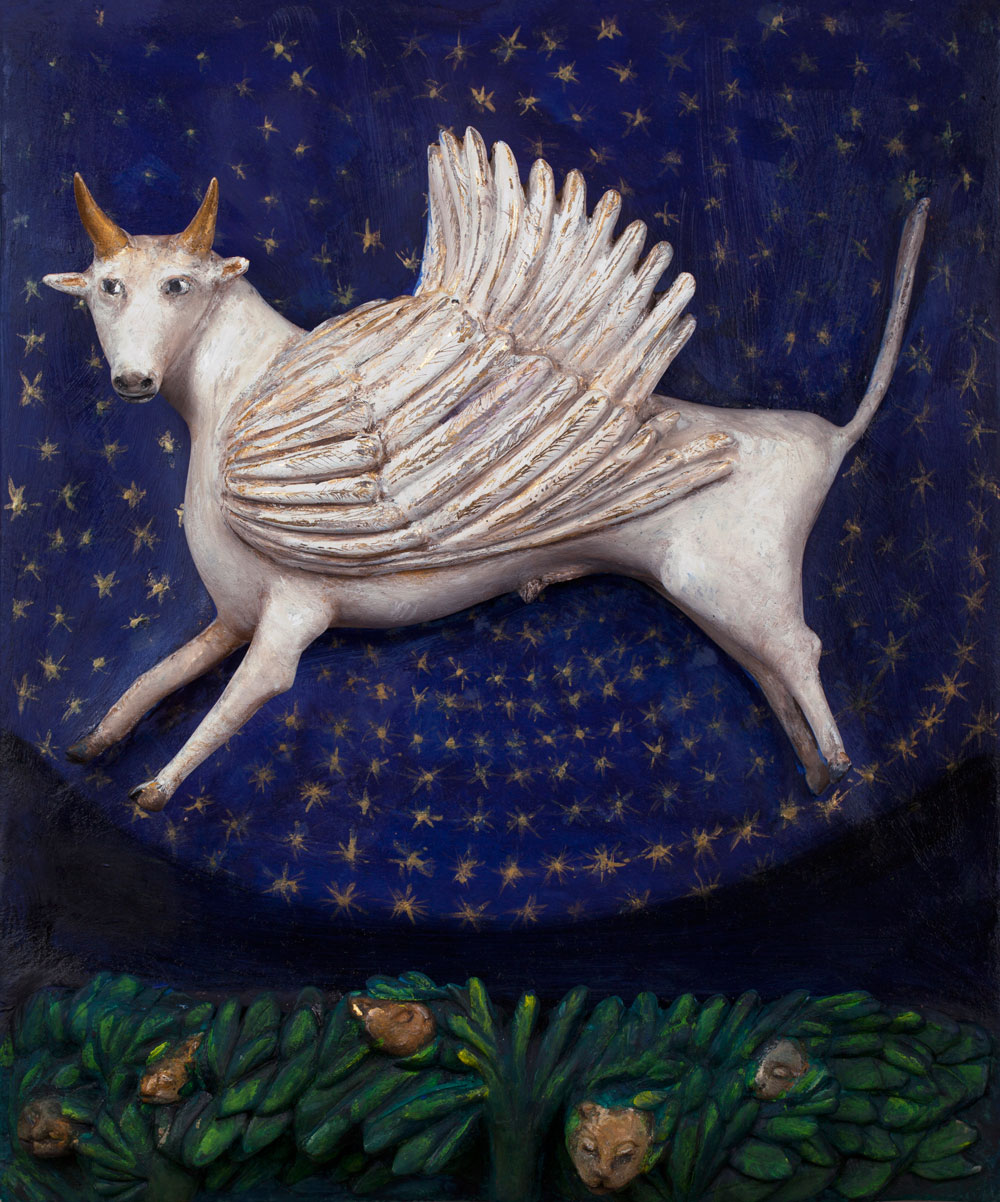 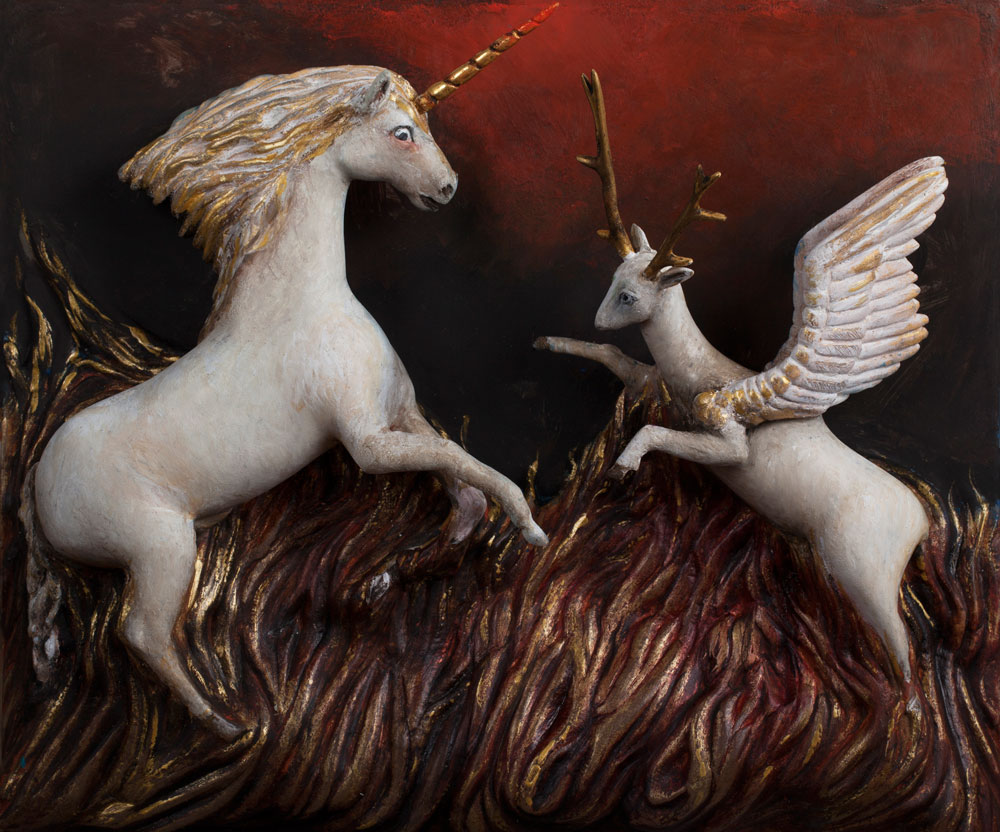