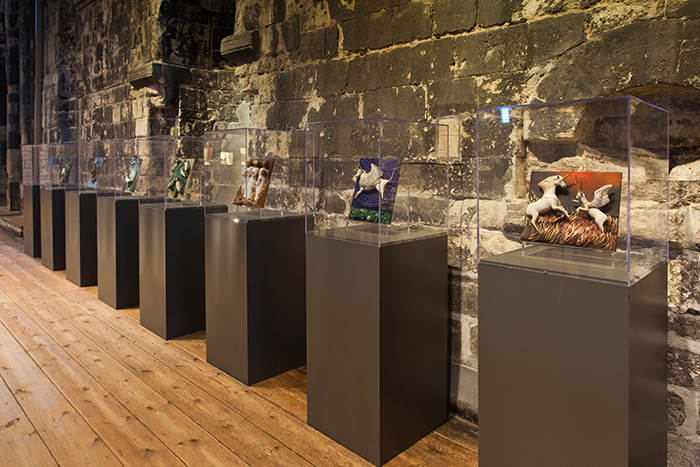 Enchanted Garden , a set of eight alabaster reliefs, was first exhibited at Norwich Castle Museum as part of a four-venue exhibition in Norwich in 2015. (Other venues: Norwich Cathedral, Norwich University of the Arts Gallery and the Cathedral of St John the Baptist). The reliefs reflected the artist’s long-held interest in the medieval alabasters housed at the Norwich Castle Museum and her friendship with the late Francis Cheetham, former head of the museum and a leading authority on medieval English alabasters. Enchanted Garden was exhibited on the upper level of the Castle Keep, alongside a selection of alabasters from the Museum’s collection. The exhibition was extended to March 2017 when the reliefs finally left the museum for inclusion in an exhibition of Pacheco’s sculpture at Salisbury Cathedral. They are now in a private collection.